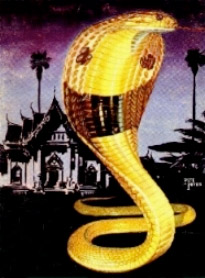 The Miami Serpentarium, established in1946 as the first-of-it’s kind premier and pioneering venom production laboratory in the world, was originated by the Founding Director, W. E. Haast.* His concept of establishing a unique, scientifically based production facility where systems and methods to house, feed, and collect venoms were created and originated to produce the absolute highest quality of venom for venom research ever before made available the scientific research community. More about the Miami Serpentarium »

Miami Serpentarium Laboratories is the standardbearer of quality in venom production and service to the scientific community. View an extensive list of available venoms » 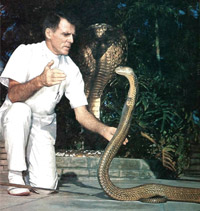 William "Bill" Haast (1910 - 2011) was the Pioneer of Venom Production for Venom Research. Through his pioneering efforts and unswerving dedication to the idea that venoms could be used to help relieve human suffering, he has singularly done more to advance the use of venoms in science and medicine than any other person in history by pioneering the concept of bringing snakes from around the world, housing them under strict laboratory conditions, and making their venoms available to the scientific community in a standardized and reliable form for over 60 years. Read more about Bill Haast, the founder of the Miami Serpentarium »